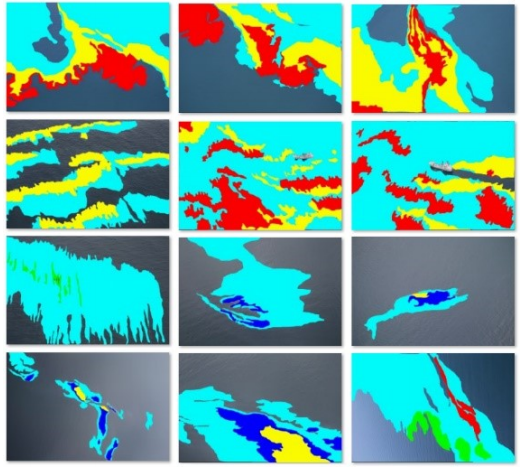 On a daily basis, the airplanes of the Dutch coastguard perform surveillance flights of the North Sea. One of the goals is to detect illegal discharges of oil or harmful dangerous substances on behalf of Rijkswaterstaat (Ministry of Infrastructure and Water Management). These observations are part of the Bonn Agreement, in which the countries surrounding the North sea cooperate on oil spill response as well as on surveillance of the area to detect spills. Each of the participating states performs routine surveillance on its own EEZ (Exclusive Economic Zone). In addition, larger area wide surveillance tours are performed and exercises are organized. Spill observations made during these surveillance flights are based on the interpretation of the observer based on the different qualitative sensor(/camera) outputs available on the aircraft.

The project Smart Detection of Marine Spills aims to understand how hyperpspectral imaging and machine learning can be employed in the aerial observation on the North sea. The central research question therefore is: “How can available new techniques in terms of camera and sensor systems as well as image recognition optimally benefit in aerial observations of Marine Spills on the North Sea.”

This research project is financially supported by a ‘KIEM – Smart Industry’ grant, provided by the Taskforce for Applied Research (SIA) of the Dutch Organization for Scientific Research (NWO). Project partners include: NHL Stenden University of Applied Sciences, Rijkswaterstaat (Ministry of Infrastructure and Water Management), Skeye BV and ASCC group.