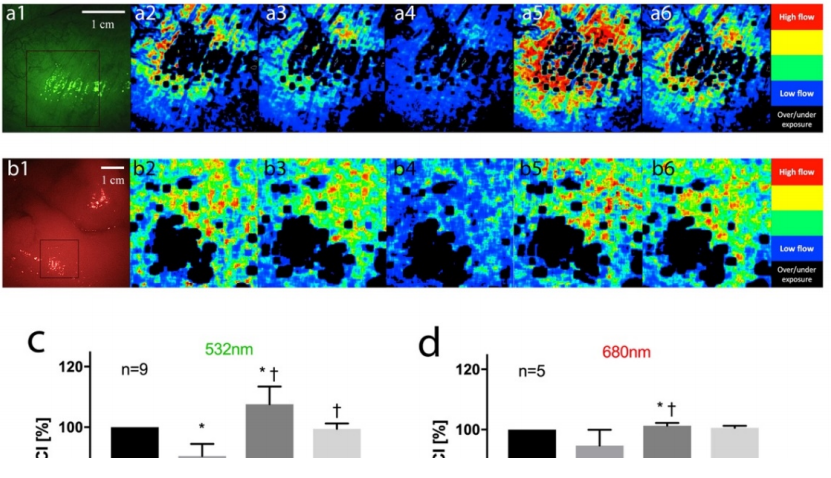 Anastomotic leakage is a worldwide problem in gastrointestinal surgery which seems to be related to the state of microcirculation. Laser speckle contrast imaging (LSCI) could give surgeons insight in the state of microcirculation to attune the site of anastomosis. This work studies the feasibility of LSCI as a tool for this purpose. An experimental setup was developed using a commercially available laparoscopic video system. Laser speckle contrast imaging is capable of detecting ischemic areas on the large intestine. Further research and development are required before adaptation of this technique in the operating room.