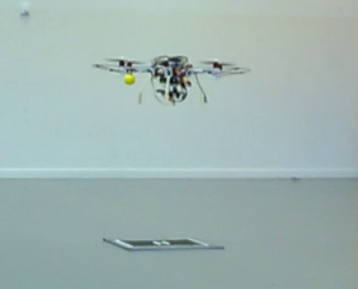 Twirre V2 is the evolution of an architecture for mini-UAV platforms which allows automated operation in both GPS-enabled and GPSdeprived applications. The first version of Twirre was implemented and showed good results for indoor navigation, however it had some limitations: the main software components were intertwined and only a limited number of mission states were implemented. This second version separates mission logic, sensor data processing and high-level control, which results in reusable software components for multiple applications. The concept of Local Positioning System (LPS) is introduced, which, using sensor fusion, would aid or automate the flying process like GPS currently does. For this, new sensors are added to the architecture and a generic sensor interface together with missions for landing and following a line have been implemented. V2 introduces a software modular design and new hardware has been coupled, showing its extensibility and adaptability.